Unlike 3/22/74, a date for which I found no trace of a Garcia-Saunders gig at the Chateau Liberté, the Friday, October 11, 1974 gig there, for which we have some wonderful recollections from Michael Parrish, yielded a few paper remnants. Ironically, I believe that tapes circulating with this date are mislabeled hodgepodges of 1974 soundboard material. There are no tapes of this gig known to me, unlike Kingish from the next month.

But Sundaz was on the case.

The listing includes what I presume to the be opening act, singer-songwriter Jimmy Collier. 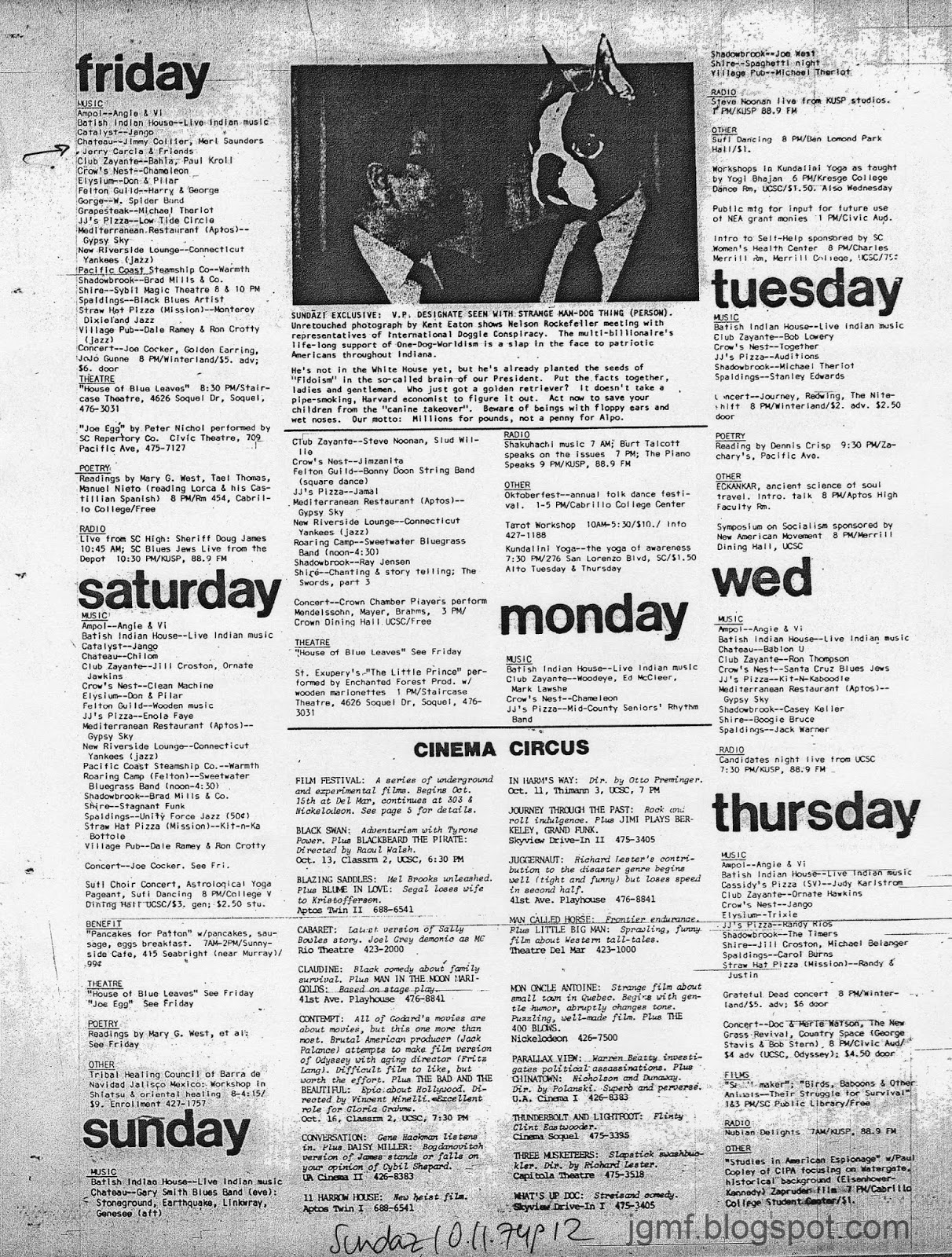 The ad has an interesting Merl-and-Jerry sketch, backed by Santa Cruz mountain pines. 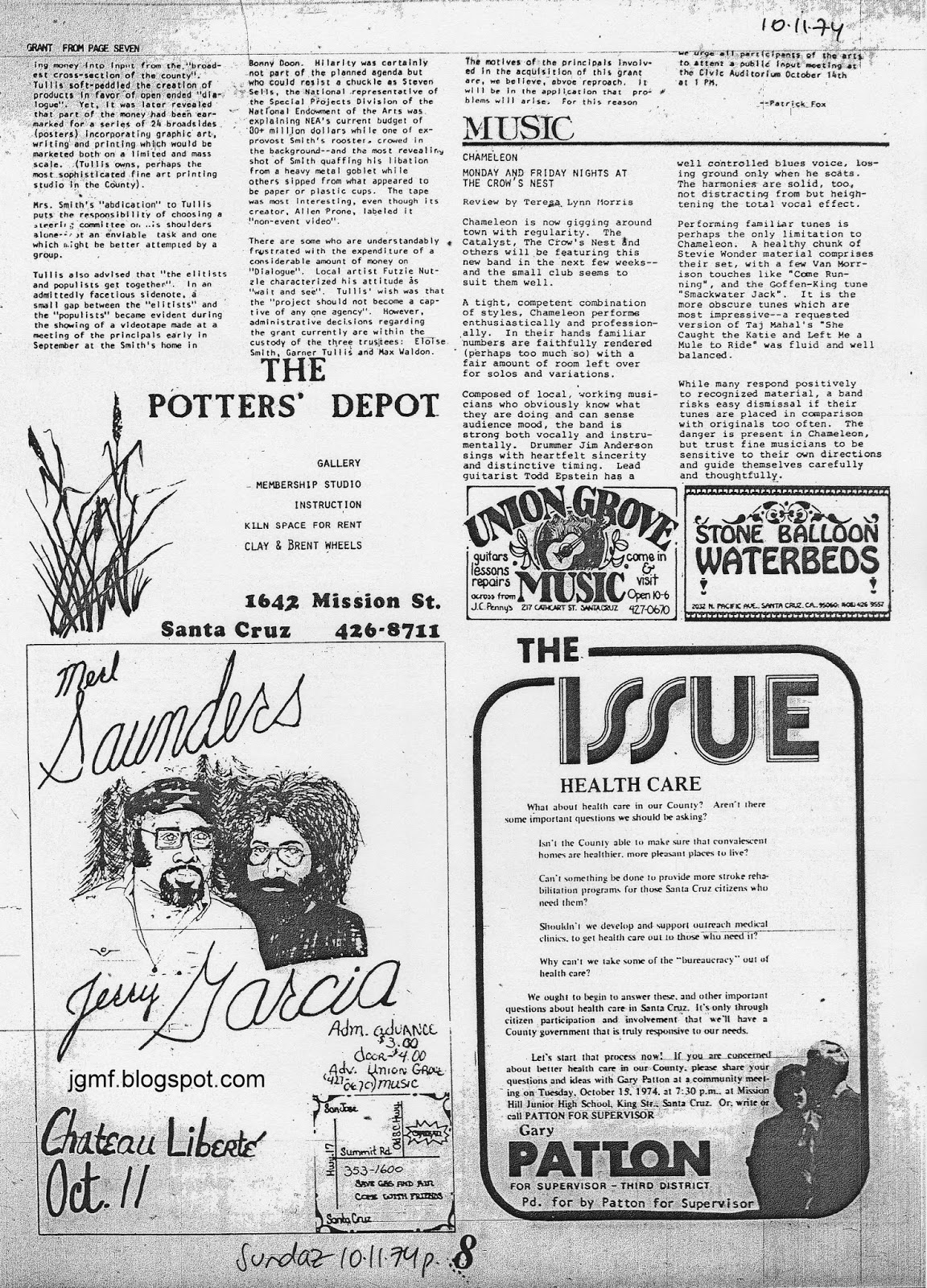 I have never been able to figure out whether there's any significance, in this period, as to whether Jerry or Merl is listed first. This gives Merl Saunders and Jerry Garcia, but it can be lots of other things. Listing gives Merl Saunders, Jerry Garcia & Friends. I know that later the choice between JGMS and LOM was very conscious - there's really good evidence for that. But things are much more fluid here in fall 1974 - just how fluid is hard for me to say. It is relatively uncommon.

Must have been a great time. Wish I could have been there! Go to cryptdev for eyewitness color.