Randomly, I just found a listing for the GD and Chuck Berry at the Carousel that night. Here it is. 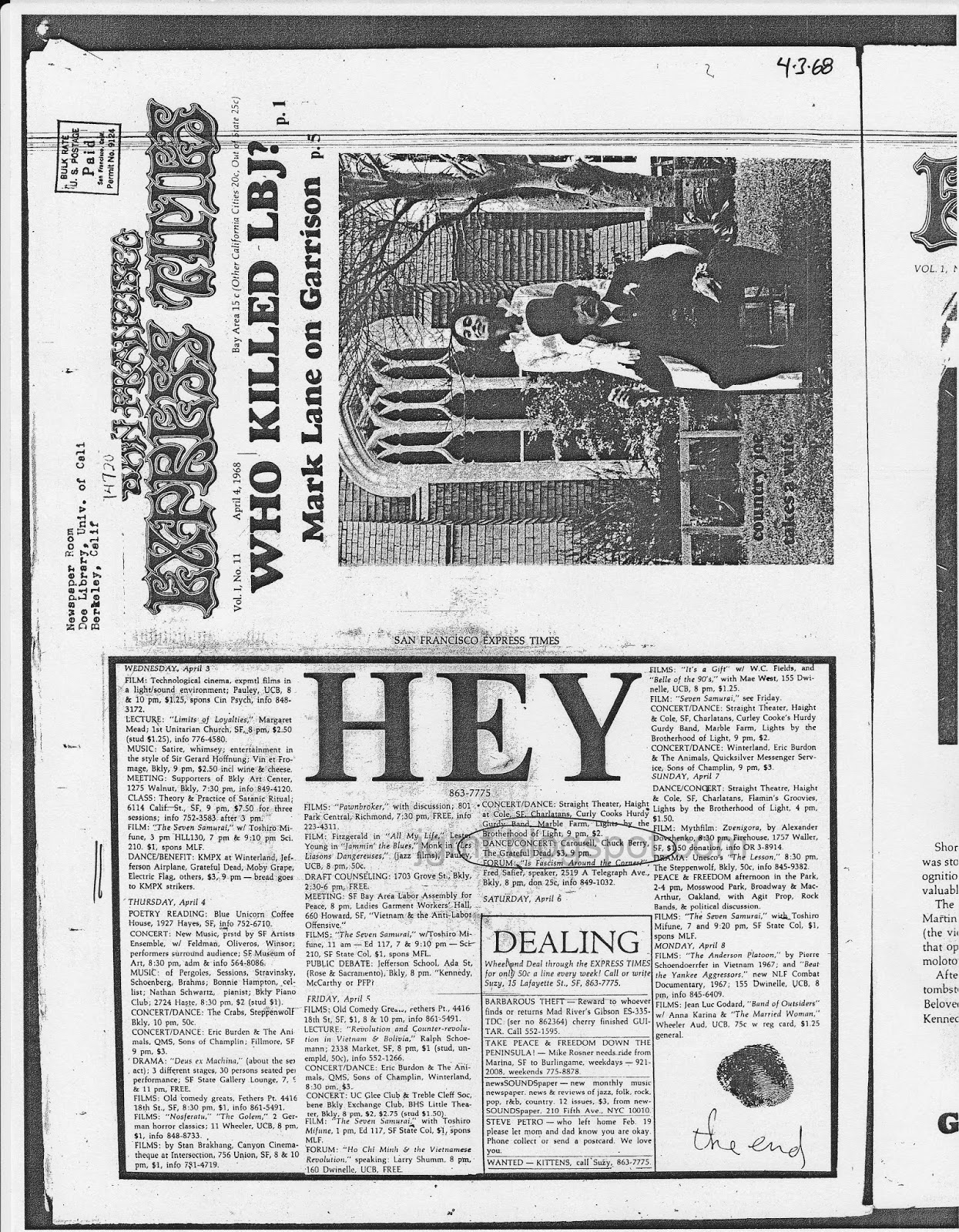 This is one of the interesting thing about cross-validating from the Barb to the Express Times and other sources - sometimes interesting things pop up!
The Chicken lists John Lee Hooker, Loading Zone and Mother Earth.


update: The Chicken was right all along, and I think there was no hidden GD show this night, at least not at Carousel.

Interesting that this was ever on any calendar at all, though. I wonder what the GD ended up doing this night instead of gigging, as at-one-time advertised?