A Party For Mother Earth 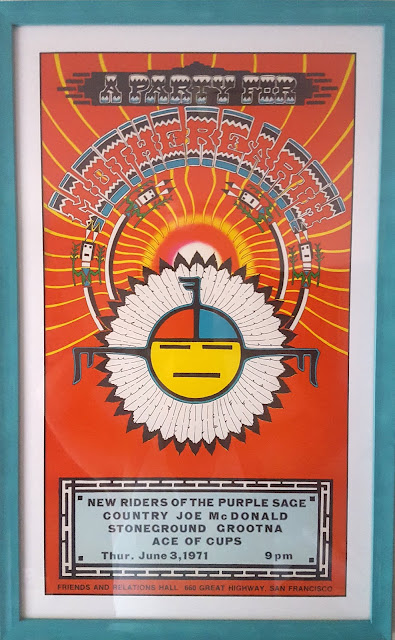 It's actually much, much prettier than it looks in this picture. 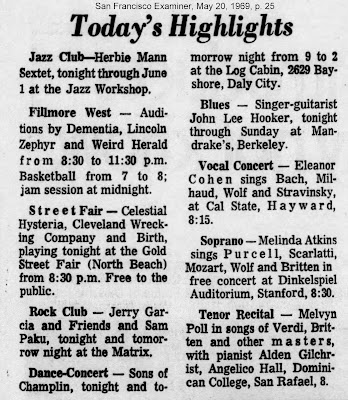 I told you all that the Examiner would yield many interesting things. Well, this is one of the most interesting. Sometimes skimming cream is worth the price of later anticlimax.

Garcia's first understood public pedal steel playing happened 5/14/69 at the Underground, supposedly a Hofbrau house in Menlo Park, understood just to be him and Marmaduke. The second instance was the second day of this listing, 5/21/69.

So, do we imagine this is Jerry and his pedal steel, and maybe Marmaduke and his songs?