I am a bicycle commuter (19 miles a day), and I generally listen to Dead shows while pedaling.

Awhile back, I did the whole E72 tour consecutively. Earlier this year, I ran sequentially through 1974. So much good music. I don't really retain too many specific memories, so just a few observations.

May and June - hamina hamina. So much good stuff. I didn't do the Pacific Northwest shows through the official release, which I wish I had. But there's just loads and loads of great music here.

"Money Money" is a great tune. I don't blame those who objected to its misogyny for doing so, but man do I wish they could have just done it with Bob's vocal mic turned down, because the music gets me tapping my toe.

July also strong, unsurprisingly. I seem to recall that the one show without a big jam (Roanoke?) actually had a great PITB. One of these shows really did, anyway.

I thought I had recalled Phil saying he did a "Firebombing of Dresden" type assault somewhere in the Munich, maybe in Seastones, but I didn't hear it. I was ready.

The Last Ones, or whatever they were called? Blech. I know there are better tapes now than there used to be, but for some of these shows I still only managed to get the ones with the old reverbing out-of-sync crowd clapping, the booming room sound, etc. The 10/19 Caution Jam was pretty legit, wonder why they didn't do that more. They seemed to be trying hard, the shows had their moments, but mostly I found them to be a letdown.

One obvious conclusion from my '74 listening: Friend of the Devil should always, only, ever have been played upbeat. Another: I do love me some Spanish Jam.

I even listened to some Seastones, and it was often diverting.

Now, I have started in on 1976. Some good stuff here the first few dates, though nothing that really destroys me. 1976 is often considered a relatively slow and sleepy year, and nothing I have heard so far dissuades me from that view. Might As Well is nice, The Music Never Stopped is nice, Help > Slip > Franklin's is nice, Crazy Fingers is nice, Lazy > Supp is fun, Cosmic Charlie is lame. The PITBs start off short, and the one I heard a few days ago sounded like it wanted to go into Dancin' In The Street, before it reprised. Today I was with the 6/10 version and, indeed, it segues nicely into DITS.

I seem to have skipped 6/9 II, so no Stephen yet, but I expect to be underwhelmed.

Interesting that Jerry hasn't figured out the wailing approach to Samson that he'd develop. I look forward to hearing that song develop over the course of the year.

I have been trying not to FF>> too much. For '74, It Must Have Been The Roses was my biggest challenge, Ship Of Fools not far behind. (Interesting these are Jerry tunes.) For '76, I WILL NOT listen to Looks Like Rain, and you can't make me do it. What a turd. I see now that it was on the shelf all through 1974, another point in that great year's favor.

Deaddisc says Garcia and Saunders played the Beatles "Something" (from Abbey Road). Is this right? Is there tape? Am I forgetting something?
Posted by JGMF at 19:42 6 comments:

Email ThisBlogThis!Share to TwitterShare to FacebookShare to Pinterest
Labels: Beatles 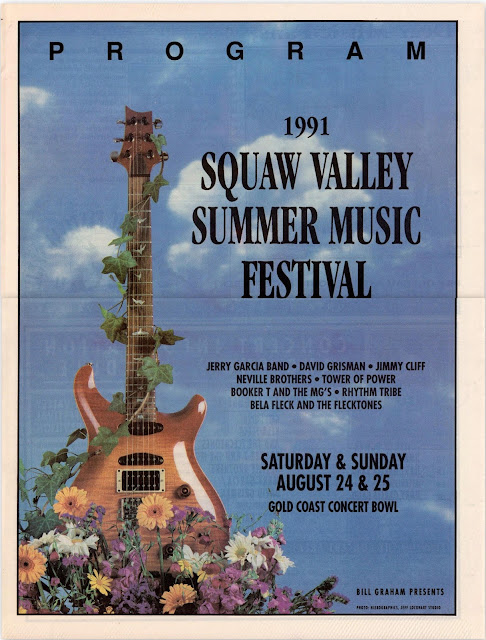