The Festival was held, in a manner of speaking, but almost every big name act, including the GD, canceled. It sounds like a really disastrous episode. 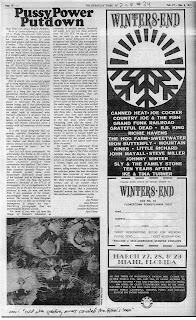 
All the tribes of Woodstock Nation will gather together March 27th, 28th and 29th, in Miami, Florida, to celebrate Winter's End and perform the Rites of Spring. 600 acres of quite countryside will be the host. Winter's End is the Hog Farm and communal kitchens, Indian tribal gathering, trading posts and villages ... $20 for the entire weekend.

I have poked around a little bit online, and not found much.

A blog attached to the Orlando Sentinel has a post entitled "Winter’s End — Orlando’s answer to Woodstock" which suggests that the event was moved to Orlando, and that the Allman Brothers played, but there's not much more there.

There is also what looks like a trifold brocuhure for the festival linked to the fantastic Iver McLeod/Deadlists poster annex, reproduced here: 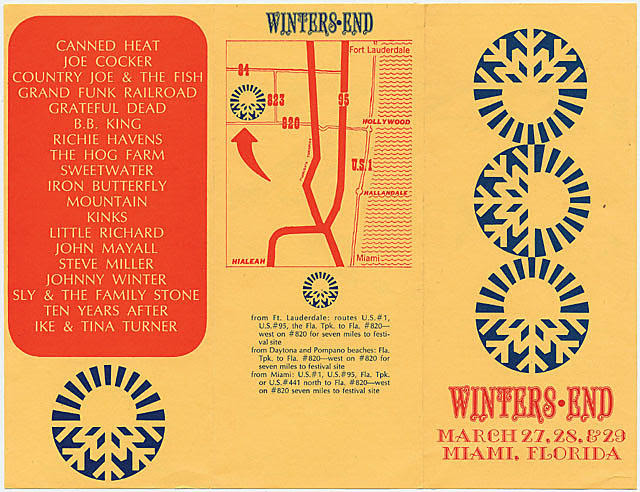 The location is not given in the Tribe ad, but is mapped on what would have been the back of the trifold brochure (when folded). It suggests that the festival would be something like 7+ miles west of what were probably the westernmost edges of Hollywood at that time. This is basically on the edge of (if not in) the Everglades, in what the "native American" angle to the Tribe ad seems to imply would be Seminole country. It makes perfect sense from the GD perspective, since they were in Dania, FL at Pirate's World on March 24. I don't have time or inclination to map it, but my sense is that Dania is just about due east of the mapped festival location. Indeed, I'd guess that the Dania gig was scheduled as an add-on to the more lucrative Miami festival, and when the latter collapsed all we get is the South Florida one-off between gigs in Port Chester (ending March 21) and Cincinnati (April 3).

I have posted on a bunch of canceled and/or rescheduled gigs (1) from 1970, including the following:
There have also been various posts about related kinds of problems in 1971:


Somewhere, something on the intertubes said that the event was canceled [in its Miami incarnation] when the Speedway owners canceled the Festival's lease". This seems to imply that at some point the event was scheduled for Hollywood International Speedway of GD 12/28/69 fame, about which some cursory searching reveals very little.

My initial question was, "So, anyone know what happened to the festival?" Now we know - it happened, but after all kinds of problems and without the GD.

A picture, for fun: 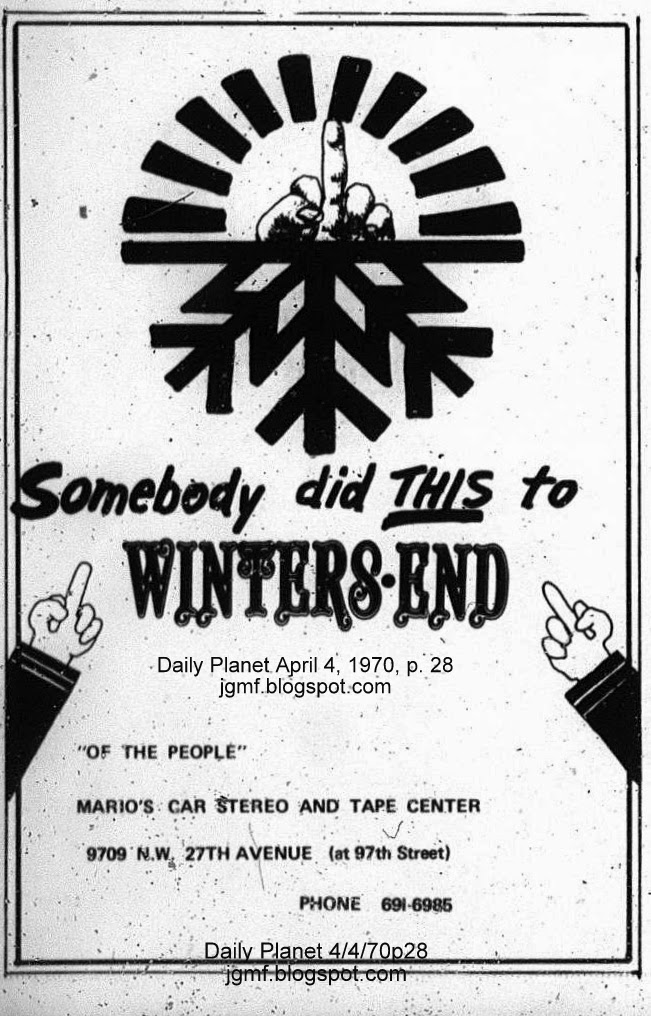 NOTE:
(1) In trying to determine a gig as "canceled" rather than just rumored or wished for, I typically want some evidence of organization behind the thing. I am probably not applying that very consistently, but that's the idea. So, ads seem like an obvious case where, if something didn't materialize, we can consider it to have been "[planned but eventually] canceled".
Posted by JGMF at 00:34