(Editorial note: I debated whether to post this, for two reasons. First, these are people's lives. I will try to stick to the facts. Second, as an aesthetic proposition, obscurity needs to be done in moderation -- it isn't always fun to try to take in, in looking at a painting or in trying to do a little light reading around Jerry Garcia's Musical Life Outside the Grateful Dead. In the end, obviously, I decided to go with it, on chiaroscuro grounds.)

Monday morning coffee, February 3rd, 1975 Marin IJ, beneath the "Storm Rips Into Bay Area" headline and next to that seventies classic "Ford Sees Some Bad Times Ahead", we learn that "Wife Of Guitarist Bob Weir Reported Shot In Stomach". Sunday, February 2, Bob and Frankie Weir arrived back in Mill Valley at 5 a.m. after a Kingfish gig (at the Gold Rush in Walnut Creek), quarreling, and around 6:15 she shot herself in the stomach, Weir picked the gun up and threw it out the window; she's off to the hospital.

What a nightmare for all involved, to say the least. Thankfully, we learn the next day that Frankie is recovering, a graft of chiar into the oscuro, as there must be (conditional on not being at the center of a black hole).

That same Tuesday morning coffee finds Lenny Hart's obituary on the same page. Leonard, 55, former manager of the Grateful Dead, disappeared Sunday, February 2, after a long bout with cancer. Funeral is Wednesday, 2 o'clock at the Chapel of the Hills in San Anselmo, and his body will be put to rest in Mount Tamalpais Cemetery.

The curriculum vitae is worth posting for the record:

Hart, married and divorced five times, became the manager of the Grateful Dead in the 1960s after one of his seven children joined the group. He left the Marin-based rock group in 1970. In 1970, he went to San Diego, where he studied religion and became an ordained minister in the Assembly of God Church. After he returned to Marin, he worked as a part-time instructor in the Mill Valley School District’s music program. Last semester he taught a class in the education department at Dominican College in San Rafael. His home was at 10 Bayview Drive, Kentfield.
Hart was born and reared in New York City. He served with the Marine Corps during World War II and, after the war, worked in various capacities in the music business.

Mickey reminds us of some of the human cost of Lenny's Perfidy:

He robbed us blind.

One night in 1970 some guys came on stage after a show to reclaim Pigpen's organ. We were stunned. From our perspective we were doing really  well, playing nearly every night to one or two thousand people. The next day Phil and I went to see Lenny. Phil asked to see the books. Lenny refused in a suave, bankerly sort of way and at that instant I knew: he had stolen our money. While we had been struggling on this incredible adventure in sound sharing, my charrning dad had been skimming off everything. How much he took, we could never discover.

Lenny went to jail for it. I couldn't go anywhere near him or the trial. I didn't want to play, didn't want to go out on the road. Confused, unbalanced, I wanted to flee and hide, bury my head and cry. I stopped touring with the Grateful Dead in 1971 and went to ground at the Barn (Hart 1990, 144-145).

All of which is to say, for JGMF purposes, that Sunday, February 2, 1975 can only have been a pretty shitty day. True, these clouds cover the Garciaverse less intensely, less ominously than they do, say, Bob Weir's and Mickey Hart's worlds. But perhaps nothing moves faster through strong-tie social networks such as these than the deathly things. And there were no ties, in the Garciaverse, stronger than the Dead ties. It's remarkable to reflect on how close these men were, forged together musically by the shared experience of playing together before a crowd while high on LSD, but also across all the other sinews that bind business partners, collaborators, friends, and loved ones together.

Bob and Jerry were like junior and elder brothers, and they spent lots of time together even during the Dead's touring hiatus. Indeed, On February 1st, the day of the Kingfish gig in Walnut Creek, Garcia plays some tracks with Bill Cutler (some of which probably appeared on Cutler's Crossing The Line (Magnatude, 2008) (! ref: DTTW 11/17/93) - I note that Jerry and Bob share playing credits on one track ("Ridin' High"), which could well have happened that day. That very session could have happened at Ace's (Weir's home studio, 422 Tamalpais Avenue, Mill Valley, CA, 94941), scene of the Weir incident, where later in the month all of these guys would start getting together to record what would become the atmospheric Blues For Allah (Grateful Dead Records LA-494, September 1, 1975).

Or, it could have happened at Mickey's place. 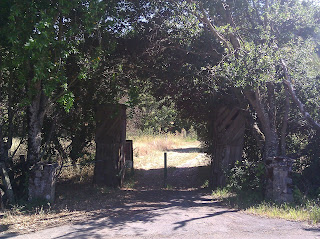 Jerry and Mickey spent lots of time together at Hart's Barn in Novato during this period (see the Arnold references below), the former working and Mickey, the "ostensible host … allowed to live unhindered with [his] pain" (Hart 1990, 145). Just a few days before Lenny's death, Jerry spent January 27-29, there producing the Good Old Boys' Pistol Packin' Mama (Round Records RX-109, March 1976), probably picking a few tunes uncredited. These men were in the flow of each other's daily lives.
I try to keep a sharp focus on Garcia's Musical Life Outside the Grateful Dead, as the subtitle has it. But the surroundings define the shadings, like the customs house in Caravaggio's The Calling of Saint Matthew; the pieces of our lives "bleed together" in artistic and more literally sanguinous senses. Did these events affect Jerry Garcia? Surely, they did, though I can't say how. There's no passing unscathed through these kinds of storms, though, even toward the outer edges. Having brothers in pain, confronting the shit that a turbulent storm can lay bare as it strips away the silty protections of temporal distance (and the psychological armoring and good, old-fashioned capacities-to-forget that unfold across it), whether these be memories of Lenny's Perfidy or anything else, these things getting kicked up always matter, bedding back down onto a new floor, a course altered, if imperceptibly.

(Some things, of course, never change. The February 6 IJ runs a rather ignominious piece in the day's obituaries, again under the deceased's name: "Leonard B. Hart, onetime Grateful Dead rock group manager, was not an ordained minister of the Assembly of God church, according to Rev. Reuben J. Sequeira, pastor of the Assembly of God in San Rafael. … Sequeira said he checked with the national headquarters of the Assemblies of God and learned the office has no record of Hart ever being ordained with the church.")